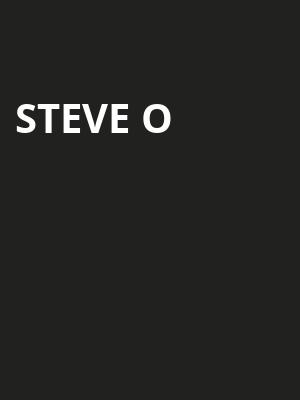 A Jackass movie and stand-up tour rolled into one

Legendary Jackass star, actor and comedian Steve-O is hitting the road and he's bringing his bucket list with him. The last decade has seen him grow as a stand-up comedian and now he's on his way to bringing laughter to your doorstep. Get ready for a night of comedy and a screening of stunts that were too crazy to do on Jackass!

After years of us all watching him do stunts that make us squirm, Steve-O has put down the crash test helmet and instead picked up a microphone, but he hasn't had the easiest of paths to get to where he is now. With 12 years of sobriety now firmly under his belt, Steve-O has a brand new outlook on life whilst still keeping his XXX-rated humor and wildly explicit stunts in his catalog.

You may be required to have had a COVID vaccine in order to attend this performance or show proof of a negative test. Please contact the venue directly for more information on this.

Sound good to you? Share this page on social media and let your friends know about Steve O at State Theatre.